You are here:
Noticias 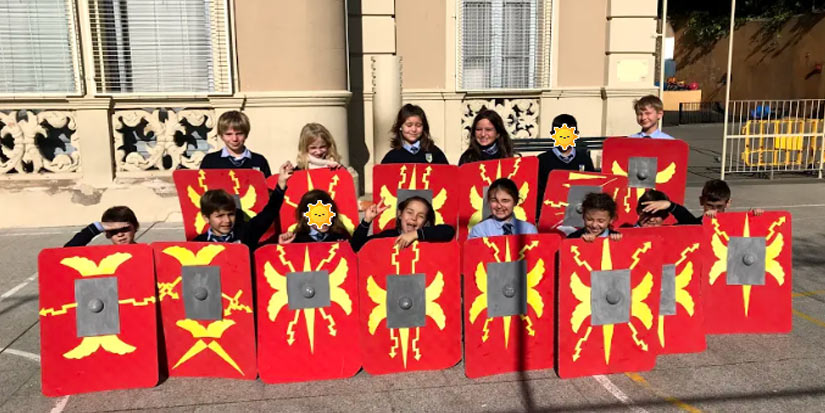 As part of our History curriculum, Year 4 pupils have been learning about ancient civilisations and the significance of shield designs to the Roman army. The shields were used to scare off enemies from far away and high-ranking soldiers would even pay craftsmen to carefully paint scenes from myths to bring luck.

Each part of the shield had an important meaning. We created our own designs using the colour red to symbolise Mars (Roman God of War), lightning bolts for Jupiter (King of Roman Gods) and eagle wings – the guiding motif of the Roman army.

Once our impressive shields were finished, we took them outside to stage our own battle formations, even holding them in one hand like authentic Roman soldiers!

“The greatest adventure is finding your place in the Circle of Life”
21 August, 2019